Sydney woman Jean Huang died after a botched breast procedure at her beauty clinic in August.

Dr Hans Raetz, the president of the New Zealand Society of Cosmetic Medicine, has shared concerns about unqualified people doing medical procedures with the Ministry of Health.

“I know there are backstreet injectors out there,” he said. “There are eyelid lifts being done in a beauty therapy clinic.”

He likens the services to choosing a scrapyard mechanic rather than a licensed mechanic. “I don’t understand why anybody would go for these guys,” said Dr Raetz. “You can always buy yourself a new car, but no such luck with a new body if your old one is falling to bits.”

Ruth Nicholson, who runs NZ Laser Training – which specialises in training around the use of lasers in cosmetic procedures – said she was also aware of underground operators.

” Its a whole secretive underground industry. It does scare me, what’s going on. I do think there are a lot of women out there working from garages and their homes who are not registered doing god knows what.”

Sydney woman Jean Huang died after a botched breast procedure at her beauty clinic in Chippendale in August. A Chinese visitor claiming to be a doctor administered anaesthetic and breast fillers. The Australasian College of Cosmetic Surgery issued a warning about such procedures being done outside a medical setting.

The Auckland woman has reportedly been performing cosmetic procedures for the past two years. Her services as advertised include facial threading (a non-surgical facelift procedure), fat transfer (from one part of the body to another) and nose reshaping. Some of the procedures would entail use of anaesthetics, and it is unclear whether she is qualified to administer these.

Attempts to contact the woman, including via the WeChat social media app which she has advertised on, and at her last-known premises in central Auckland, have been fruitless.

Screenshots of posts apparently written by her on WeChat promote the anti-ageing properties of products she says come from Switzerland, Germany, Italy and Korea. The screenshots suggest she is importing dermal fillers and botox-like products that are unregistered in New Zealand.

In one WeChat post she says she has clients coming from Wellington to get their noses reshaped.

Another example of WeChat being used to promote questionable cosmetic procedures featured another New Zealand-based woman who touted cosmetic products which are not registered for use here.

Derek Fitzgerald, manager of compliance management for Medsafe, said the regulator was aware of Raetz’s concerns and complaints from other people around unregistered medical products.

“Actions in relation to the importation and use of medicines and medical devices are under investigation, including the roles played by those involved,” said Fitzgerald. “Medsafe has also had a discussion with Dr Raetz about topics of concern.”

However, Medsafe was unable to confirm if reports of illegal cosmetic operations were under investigation.

If members of the public were concerned about the use of medicines or medical devices in relation to a cosmetic treatment, they could complain to the Ministry of Health, he said.

There are no upcoming events. 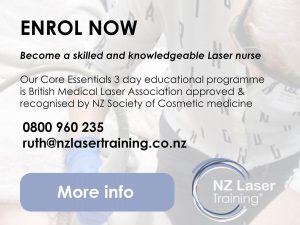 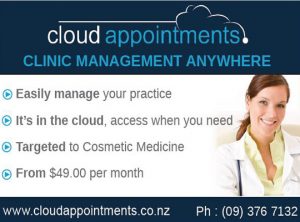 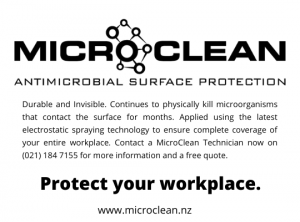